Bike Trip Along the Ohio River 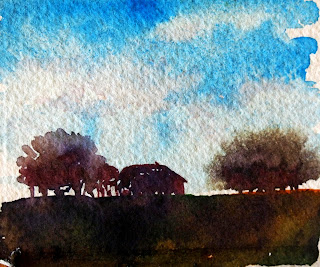 Over Labor Day Weekend, I went on a bicycle trip with a truly wonderful group of women, known as the Babes.  We went from Cincinnati to Maysfield, KY to Portsmouth, OH to the Hope Springs Institute, and then back to Cincinnati.  For much of the route, we followed the Ohio river on KY Route 8.  Route 8 is is named for Mary Ingles, and her trek back to VA when she escaped from the Shawnee Indians in the mid-19th century. 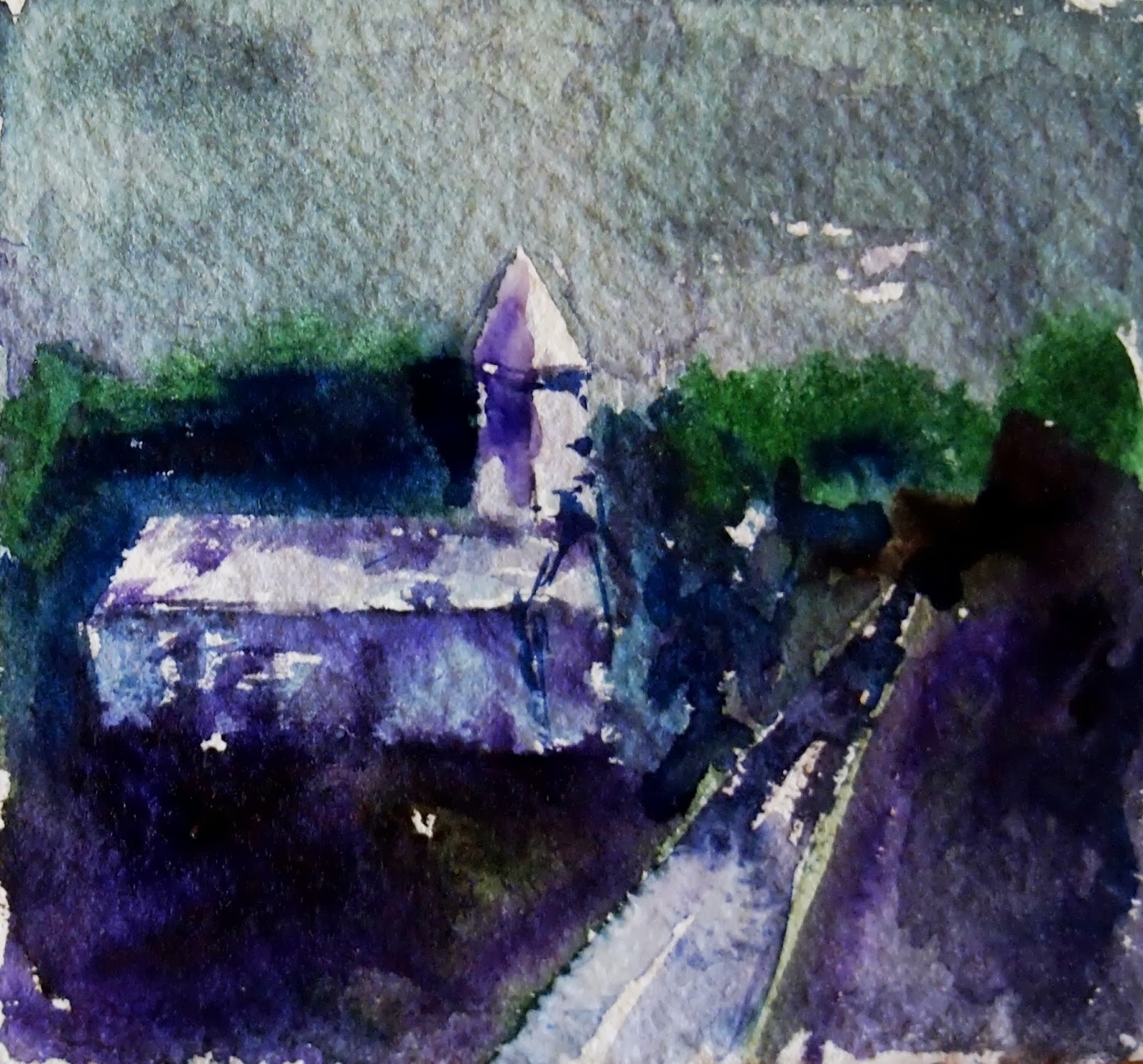 Before I left, I really debated taking my good camera--I knew I'd have lots of opportunities to take pictures (and if you have your camera out, it's an opportunity to get off your bike).  But it's heavy.  Really heavy.  And, even though it's not a super fancy camera, I was concerned about getting it wet even with a plastic bag cover.  (It did rain a lot on Saturday.)  In the end, I left it on the counter.  I think I made a mistake.

There were so many beautiful views of the river, of the fields, of barns still in use, and barns that had seen better days.  When the clouds settle over the mountains that ring a valley in KY?  You wish you had your camera.

I tried to recapture the feeling I had on the road in three tiny paintings--they are all 3.5x3.5 inches, or smaller. 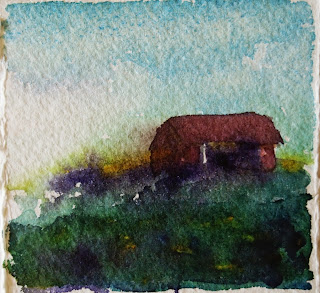 If I go again next year--I'm taking the dang camera.

Blogs Worth Checking Out