An Abstract From a Farm Seen From I-71, SW of Columbus, OH Over spring break, my family and I drove out to Hocking Hills, a state park located south east of Columbus, OH.  We'll usually camp, but fearing cold temperatures, we rented a cabin.  It turned out to be a good choice, since it started to rain about an hour after we arrived and didn't stop until we were well into the drive home.
I took a lot of pictures from the passenger seat of the car--storm clouds, fallow fields, and distant farm houses.  Between Cincinnati and Columbus(ish), driving I-71, the landscape is flat with big sky.  Closer to Hocking Hills, the landscape borders the northern edge of Appalachia, and it switches to rolling hills and aspiring mountains. 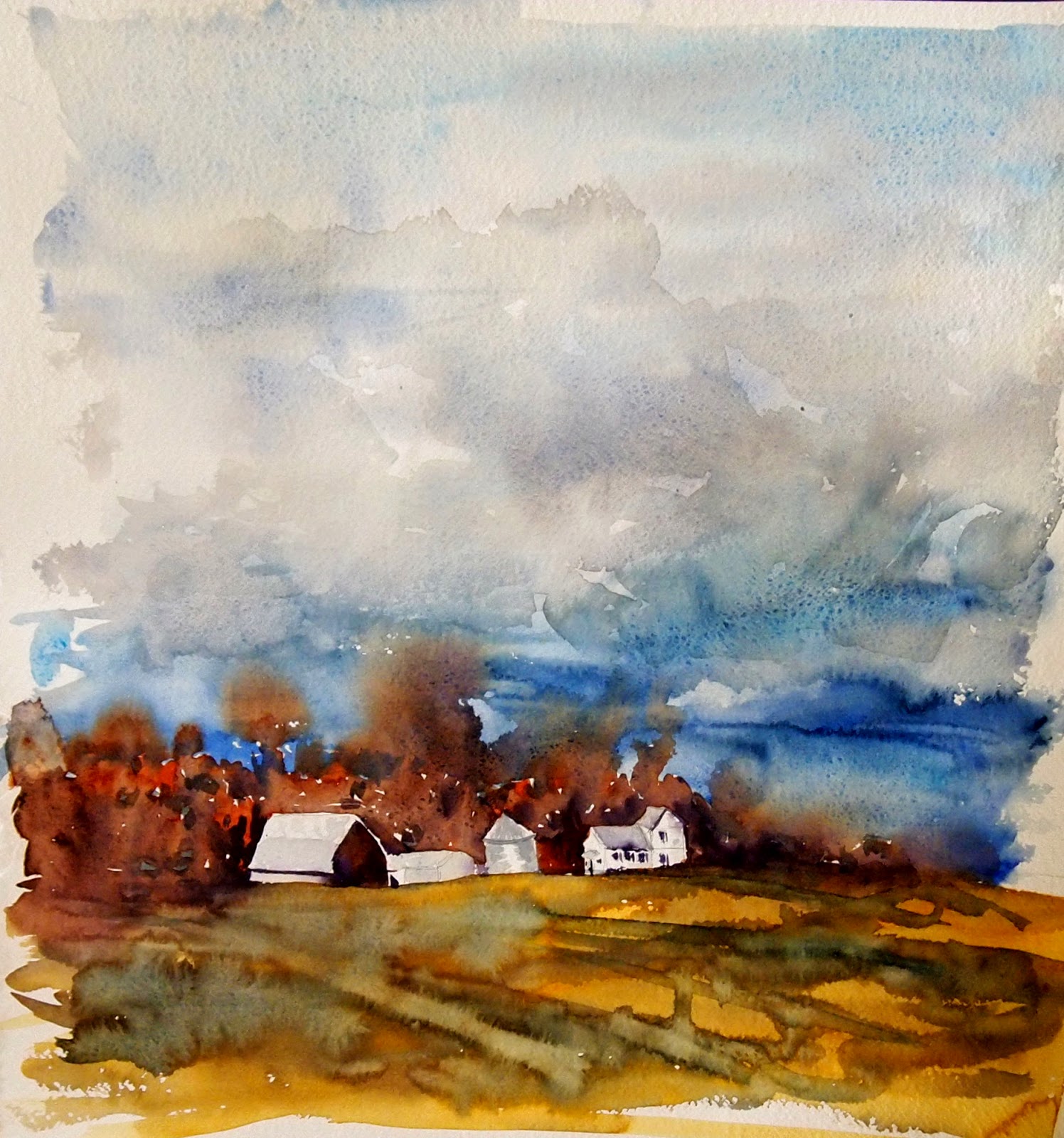 I tried to paint one of the pics from I-71, which is down at the bottom.  I love the dark sky against the buildings in the photo, and the way the foreground looks.  I liked parts of the painting (the top of the trees and the bottom of the sky).  But, thought overall, it looked like crooked, borderline realistic structures that trying to horn into a loose abstract. No matter how I cropped the picture, I could not get it it to look right. 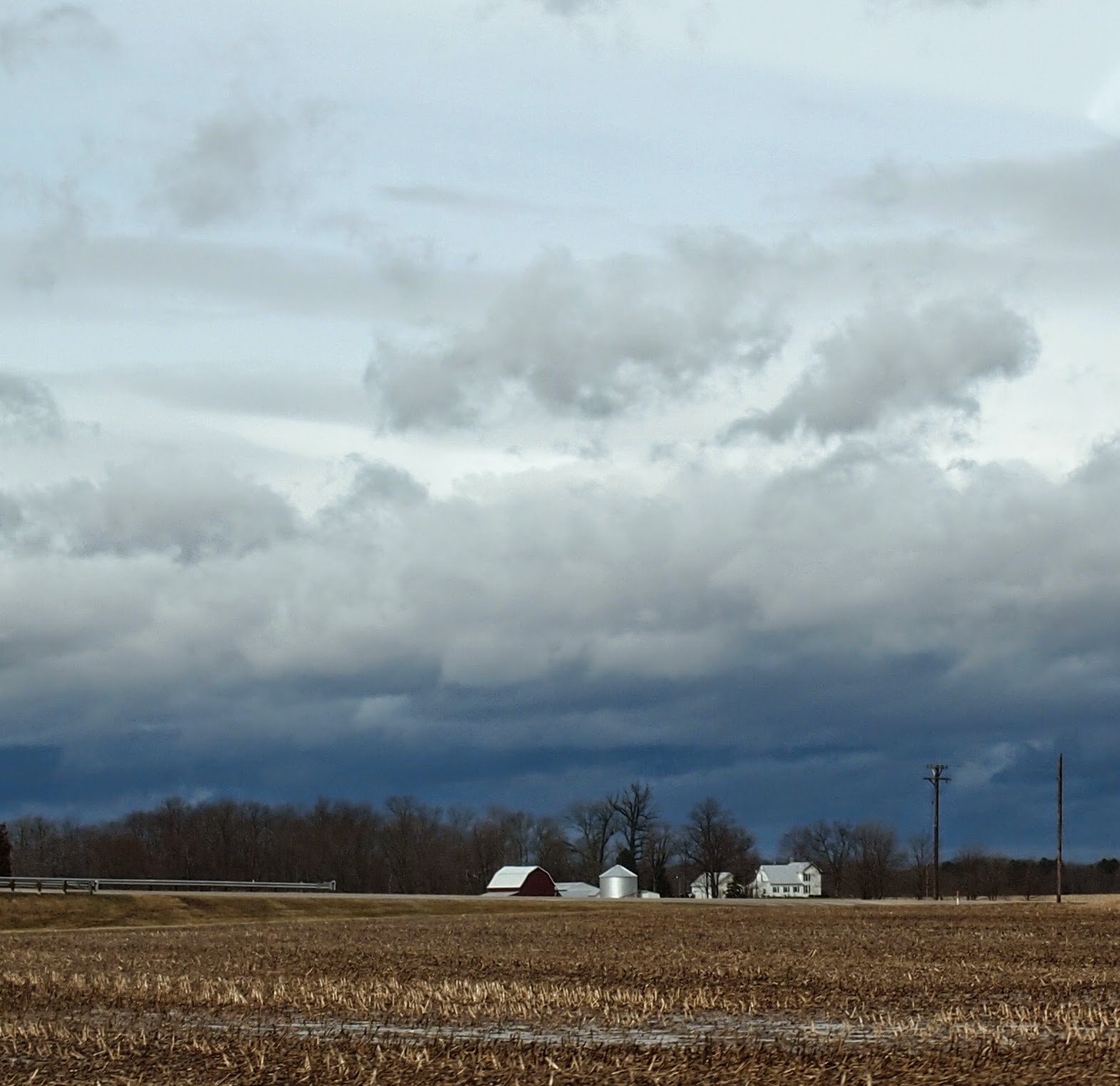 I tried graying out the structures, then painting out the structures, then adding more darks, and then more lights.  I cropped the paper, and as I got more and more frustrated, I reminded myself that there's a reason they say it's a good idea to start with a plan and a thumbnail sketch.  A photo, for me, is not enough of a plan, since I frequently don't look at the photo while painting--and, that is probably why my first iteration is so disjointed.  I painted everything but the structures without looking, and then was careful about representing the house, etc.

Finally, the painting morphed into a landscape with a strong cruciform composition (top).  I've added two shades of ochre from Caran D'ache crayon to bring out the cross, and now I'm just done!  Final size 16x15 ish inches.  It'll be a little smaller after it's matted.  Painted on Fabriano 300 lb rough paper, which gives the final painting a super texture, using quin burnt orange and gold, prussian blue, carbazole violet, ultramarine blue, and manganese blue hue (I think at one point I threw in some Indian Yellow, which was not a good idea....)--all from Daniel Smith.

Blogs Worth Checking Out